In times of historically low interest rates, real estate is still important as an alternative form of investment. Although yields on real estate investments have reached new lows, they are still significantly higher than traditional investments. In addition, financing conditions are also attractive and, at least to some extent, offset the high prices for retail properties. As long as the ECB clings to its low interest rate policy, we can expect a stable or even rising demand for retail investments. This would, very likely, increase the pressure on yields, so that a continued slow, but steady, decline can be expected.

The development of the rents in the last few years shows that there is currently no leeway for rent increases.

Despite the price sensibility of customers, discounters pay more and more attention to topics like store design, fresh products as well as brand products, which leads to smaller differences between full-range food suppliers and discounters. Aldi, Lidl & Co. have long ago said goodbye to the spartan principle of hard discounters and therefore make way for new concepts, which come closer to the original idea of discounters from the 1960’s with products on sale and very simplified stores. If these established suppliers enter the newly created niche themselves or leave the field clear for other suppliers remains to be seen.

E-commerce has rather been neglected by discounters so far. There is considerable backlog for discounters compared to full-range food suppliers, especially when suppliers like Amazon Fresh introduce their services nationwide in Germany. So far, the service is still limited to only a few regions. 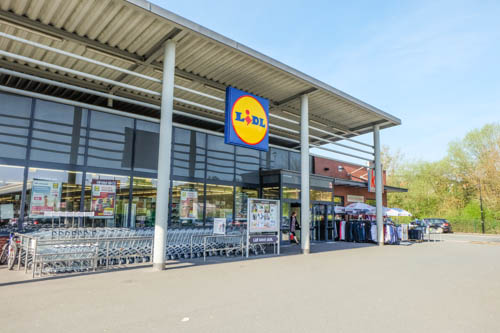