In 2017, the German food retail market has been characterized by a progressively discernible concentration and consolidation that has been going on for a number of years. The trend towards further increases in total sales area accompanied by decreases in the number of outlets continues unabated. The takeover of Kaiser’s / Tengelmann stores by Edeka and Rewe was one of the most prominent topics in food retail in 2017.

The interest rate level is still low. The transaction volume of the asset class described in this report has significantly increased in 2017 and yields have continued to decrease.

The development of rents within the last few years shows that there is currently no room for rent increases.

Topics like convenience, city concepts and store design are becoming more important. The more and more digitalised world changes our behaviour. Market participants adapt to that change in behaviour.

As long as the European Central Bank (ECB) clings to the low interest rate policy, we can assume a stable or even a rising demand for retail investments. This would increase the pressure on the returns, so that a further, but slight continued decline, can be expected. 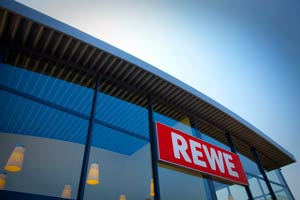